I had a 10pm meeting with one of my instructors and I was wearing hello kitty pajama pants because of time zones & video chat.

I posted this tweet, “Doing laundry is like 1k repeats…it is horrible but its the greatest feeling when its over.”

I realized that the program Java has a coffee cup as the symbol because Java is another word for coffee….

I realized that the majority of the photos on my phone are of my cats….

Made a phone call at work and the person answered by saying “yo, who is this?”

I went to so many stores on my way home from work looking for the Lemon Drop EOS lip balm. I couldn’t find it anywhere and then I deemed it to be “rare” and ordered it online.

I had no idea what day it was at all this day. I was in a state of confusion for 23 of the 24 hours of this day. I also finished a paper 4 minutes before it was due and received a 97 on it only because it was too long.

I found my lost travel mug in the women’s locker room at work. It has been missing since the fall. Now I don’t have a travel mug anymore because that one went into the garbage. 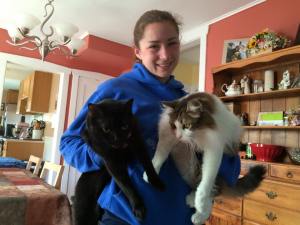 Ran a workout, on the cool down I twisted my foot on a stone. My foot is fine but I think I bit my tongue when this happened bc that hurts

I locked myself out of the house and my car keys were in the house so I couldn’t go to work or get back inside. My coworker made fun of me the entire day after I was able to get to work. I was also leaving early this day to run an errand before work. #murphyslaw

I planted flowers. This isn’t hilarious because I will probably kill these same flowers inadvertently. I do not have a green thumb

Someone was complaining that clothing shouldn’t be sold in small sizes because they don’t sell so I walked over and said “small people do exist.” 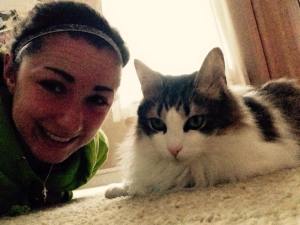