Sunday morning I woke up at 5:40am to run. I ate oatmeal and drank 2 cups of water. I didn’t have to change my clothes because I slept in running shorts and a sports bra. I brushed my teeth, put on a sparkly soul headband, grabbed my backpack and gatorade, and walked out the door in my Altra running shoes. I put the backpack down on the front lawn and pulled out a tank top–It was chilly before 6am Sunday morning. My car windows were lightly frosted and I had to defrost them before backing out of my driveway. I drove about 12 minutes to a local trail, parked my car, and waited for my garmin to connect. It took longer than it should have….I started running around 6:20. The trail is an out and back trail. Lyndsey lives near this trail and we had planned to meet in the middle because we were going to be coming from opposite directions. Since her watch connected sooner than expected and my watch took too long to connect we didn’t exactly meet in the middle but we still ran into each other as planned and we kept going in my direction until I had 2.5 miles on my watch. Then we turned around so that we could meet Brittany. It was a little bit spooky because it was so early in the morning but I enjoyed the stillness and the quietness and that fact that the dog walkers weren’t out yet. I liked feeling like we had the trail to ourselves for just a few miles. Just as I had hit 5 miles on my watch we were back where I had parked and Brittany started running with us. If you run this trail out and back entirely it is just over 10 miles, so that is what we did next. Lyndsey stopped near her house, she had hit 9 miles. That was around 7 miles on my watch and I continued to run to the end with Brittany. We had to run a little bit farther than the end of the trail to get the correct distance before we turned around, so we did. The 5.5 miles back to the cars was much faster than the first 10.5 miles I ran but I LOVE when long runs are progressive.

I felt great until the last 3 miles when I started to regret not stashing water or gatorade along the trail like I usually do. The chews I had and the small water bottle I had been holding were clearly not enough. I was so thirsty I think I would have drank mud puddle water if I had seen any. This started to wear me down and I felt absolutely horrible during the final 3 miles but, surprisingly, the last two miles were the fastest two miles of this 16 mile run. I was happy that Brittany felt great the whole time so I fed off of her energy for the last two miles. I guzzled A LOT of gatorade and water when I stopped. When got home I took a shower and fell asleep. It wasn’t even 9am when I finished this run and I was back in bed before 10. #supertired #Istayeduptoolatethenightbeforealongrun 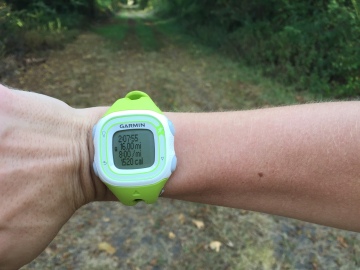 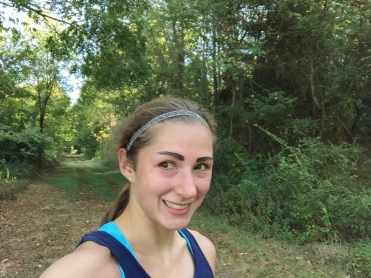 I couldn’t be happier about this run. I haven’t ran this far in over a year and I haven’t felt this happy about a run in over a year. Despite depleting my nutrients by not hiding gatorade and extra chews in the bushes, the run was amazing. The leaves are falling and the air was crisp. I only had to run 1.5 miles alone and I was able to run with two of my favorite people. 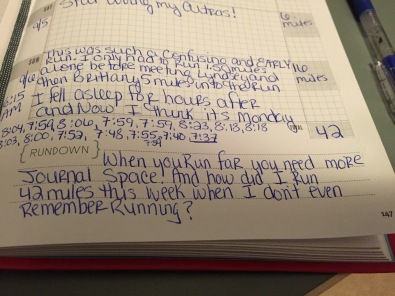 Today I am excited about the fall, future long runs, racing, and running in general.