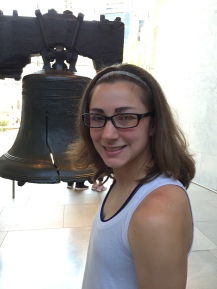 Phil was amazed that The Liberty Bell was out in the open. This didn’t shock me because many years ago I was an elementary school kid on a field trip looking at The Liberty Bell. While everyone was using their phones to take pictures Phil pulled a polaroid camera out of his backpack and took my picture. People were confused.

W learned that The University of Pennsylvania figured out that the bell would ring in the key of D flat. It is crazy to think that no living person ever heard this bell ring.

After we saw The Liberty Bell we wanted to check out some other historic areas in the city. We went to Washington Square and I made a wish in the fountain. By the way, it came true.

We saw an exhibit of presidential paintings.

We saw lots of streets that looked like this.

We walked down Elfreth’s Alley, our nations oldest residential street. 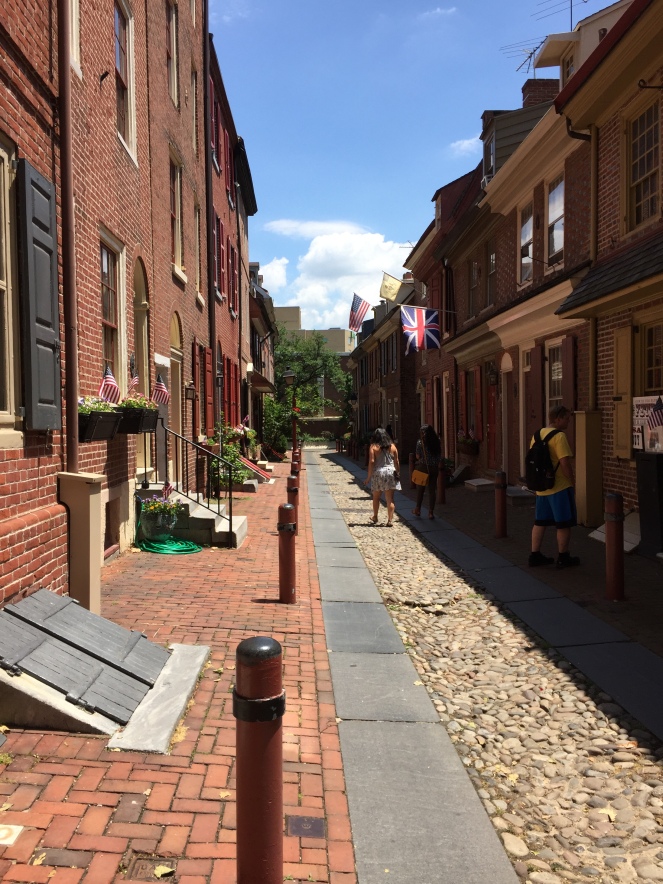 While we were on Elfreth’s Alley I saw this city kitty in a window! This was the third cat I saw that day. I saw a white cat sleeping in a pet shop window and I was able to pet a cat that was hanging out in a store across the street from The Betsy Ross house. When I saw that cat I called him and he ran right over to me. I named him George Washingcat! 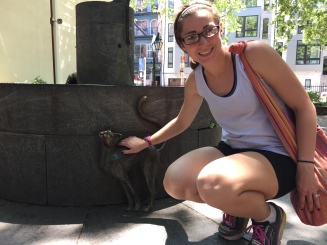 Obviously, I had to take pictures with them.

After I saw all of these cats we walked around the city for a while and then took the train back to South Jersey. There are so many things we didn’t see but we are so close to the city that we can go back anytime.