If you have been following my blog the past few weeks you probably know that I am in California for graduate school. When I first got here being so far away from home was rough. Thankfully though, things have improved.

Here is what I have been up to since my last post:

I’ve developed a new hobby–sequin art. Basically, I bought sequins and I’ve been gluing them to paper with sequin glue. I’ve also been mailing my sequin art to friends and family. I’m having so much fun with this that I ran out of sequins and I had to buy more. I love making sequin art! If you’d like me mail you some of my sequin art let me know!

I also bought a new mug and I have been using it to seize the day with oatmeal instead of coffee. 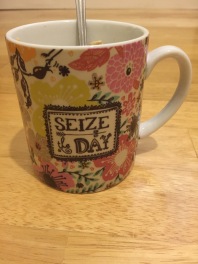 Speaking of coffee, my coffee count is now at an all time low of 6 since July 4th.

And my California cat count is now at 5. I saw this cute little guy outside of my school. When I tried to pet him he ran away from me. I did not appreciate that at all.

I went to San Fransisco with some of my classmates. I saw the Bay Bridge, lots of palm trees, a store for left handed people like Phil, Alcatraz Island from afar, and lots of piers with shops and restaurants. 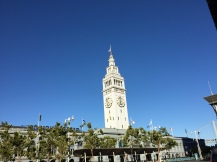 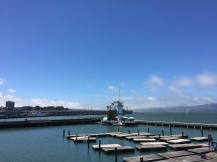 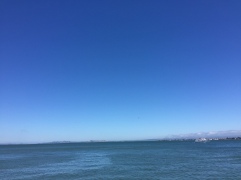 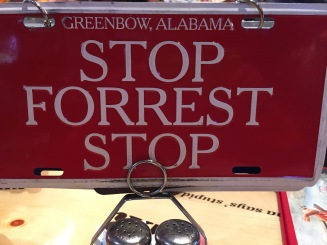 And then……after that we went to an Oakland Athletics game. This was the highlight of my trip so far because……I came home with a foul ball!!!!!!!!!!!!!! While everyone was jumping around trying to get the ball I sat still. Eventually the ball started rolling down the aisle and came right behind my seat so I reached around and got it!!! I have been trying to get a foul ball for a while and now I have one!!!

Aside from doing stuff for school I’ve been running pretty consistently and slowly reading Run the World by Becky Wade. This is such a good book and as soon as I am finished with it I’ll have a lot more to say about it!

Here are a few more pictures from my Pacific Coast adventure: 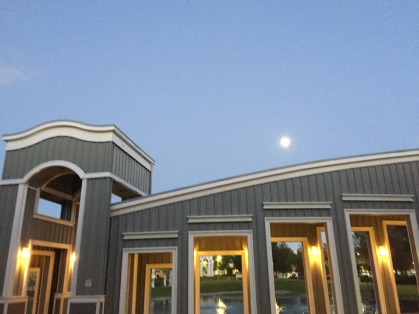