A week and a half ago I ran the Ben Franklin Bridge run for the 6th year in a row. I finally have a few minutes to write the race recap. I have been going crazy collecting data for my research project but I am down to the final 100 schools, which will probably take me another 2-3 weeks. Data collecting is a long drawn out process.

The race wasn’t as cold as I remember it being in the past but I was just as miserable as I’ve been every time I’ve run this race. This is one of those races that always seems like a good idea when I sign up, but that I never actually want to run on race day. This year was particularly bad because I haven’t really been training the last few weeks and any runs I am doing are at a slower pace with a focus more toward the marathon. Also, I hate waking up in the morning and the morning of this race I woke up with an upset stomach. I made my goal not to puke or use the bathroom during the race. I accomplished my goal.

Moments before the race I was not thrilled to be walking up to the bridge. FUN FACT: I DON’T LIKE BRIDGES. Doing this race helps me overcome my bridge phobia because I forget I am on a bridge for most of the race.

And then you run off the bridge into Camden. My personal photographer took these photos: 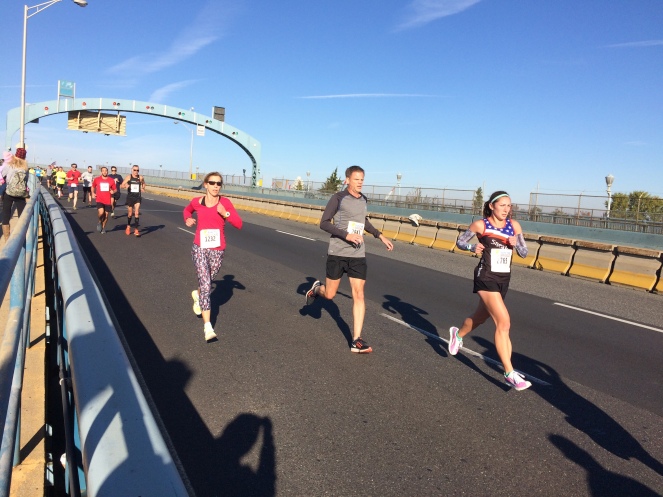 Now that I have done this race 6 years in a row I have 6 bridge run medals. Here they are: 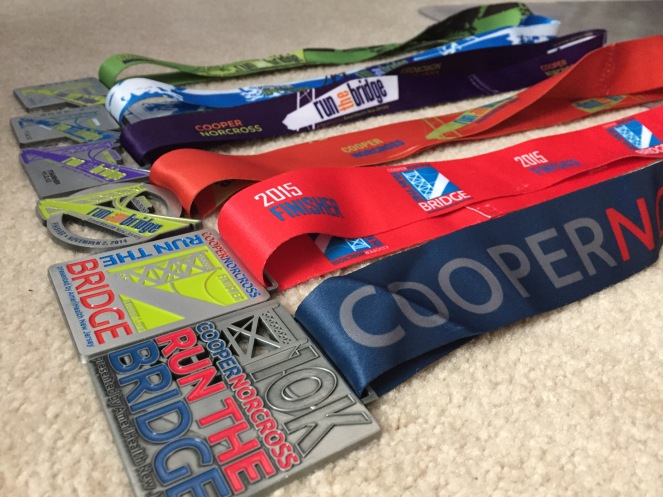 I don’t have much else to say about the Bridge Run, just that every year I don’t get my foot stuck in a subway track is a good year!