Moving to Colorado, although a literal dream come true, has been the most challenging thing I have ever done. Moving to Colorado caught me off guard even though I often fantasized about living in the mountains. The lesson that I have learned from this is that even when dreams come true there is still room for error. Furthermore, this reinforced my belief that perfection is a myth because this scenario isn’t perfect at all–Phil is in Colorado and I am in New Jersey.

In this situation the “error” appeared the day we decided that we were going to move to Colorado. I spent all fall setting up an internship and I had just committed to beginning the internship on the Monday after Thanksgiving. Because graduate school is important to me and I would like to graduate within the next year, Phil and I decided that I should stay in New Jersey to start and finish the internship. From the day I began that internship we had unofficially sold our house. In fact, on the way home from the Philadelphia Marathon we received an offer on our house after it had been listed for only 2 days. If you want to see my head spin ask me to make a gigantic decision moments after running a marathon….I thought I was hallucinating. After that, everything happened so quickly. We found a new house a few days later. I started the internship, which began to take up a lot of my time. Then it was Christmas and New Year’s Eve, and then we found ourselves traveling with the cats across the country to our new home in Colorado.

Today is January 26th and I have already been back and forth to Colorado 2X in less than 3 weeks. This time I flew, took a train, walked a few blocks, and then took a 3 hour bus ride to Western Colorado where we now live. Because of the plane, train, and bus I was traveling for about 10 hours each way and it was such a miserable experience. I do not recommend taking a greyhound bus unless you want to test your patience, get tormented by children while their parents sleep, or witness middle aged couples publicly displaying their affection for one another. If you are lucky someone will try to tell you that you cannot get on the bus even with a ticket and then you will have to SNAP like I did!! I spent 2 days traveling (to and from Colorado) and 2 days unpacking the house, except for the electronics because I have no idea how to work those.

The flight to Colorado was so horrible that I thought the pilot was drunk! People were screaming on the plane because they thought it was going to crash and children were throwing up, which made me feel like I was going to throw up. This whole experience makes me never want to travel again, but I know in a few weeks I will have forgotten all about it. Overall the trip was worth it because I got to see Phil and the cats! Our new house is finally set up the way I want it….. I am really particular about things and knowing the house was a mess was bothering me more than it should have been for being in New Jersey. It was a huge sigh of relief to know that I won’t have to deal with boxes when I finally do get to go back to Colorado permanently. Also, knowing I will not have to take a greyhound bus again is a huge sigh of relief.

My body and my mind are a wreck right now. I did not get to do my 10 mile long run in the mountains because traveling makes my body very sore. I am frustrated about this but I have adjusted my goal to doing one 10 mile run by the end of January and January isn’t over yet. I really don’t think my legs will stop hurting until the weekend which is also frustrating because I am trying to train for the Boston Marathon. One day I will be signed up for a marathon and I will be able to commit to it without interruptions or major life stress like graduate school or moving. My calves just hurt so bad–I am thankful for my Altra compression socks and my stick right now!

When I got back to New Jersey on Tuesday evening I immediately ran, checked some things for school, and went to bed. I woke up on Wednesday and I was thrust back into the reality of working in the morning and interning in the afternoon. It just seemed strange to me how one day I could be living one life in Colorado and the next day living a completely different life in New Jersey. I have been really distracted by this. I feel like I am living a double life, but I suppose a double life is better than having an incredibly boring life like I did before this move happened. 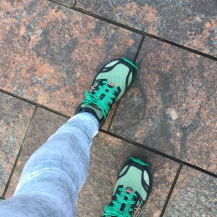 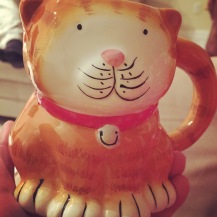 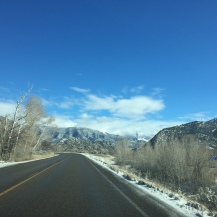 3 thoughts on “The big picture”