And, some couples just meet under very simplistic circumstances, like the way I met Phil. We met during my first year of college, his second. More specifically, we met on the cross-country team. Although we didn’t talk to each other much early on in the fall we quickly became good friends by the winter, and we were dating by track season. We don’t know when we “officially” started dating; things like that aren’t important to us. I suppose it was somewhere around the time this picture was taken.

In college I wasn’t a pleasant person before or after a race and I would often sit somewhere panicking (before) or sulking (after). So here I am panicking while Phil is on the other side of the tree.

We continued to date into the summer and I became much more pleasant to be around because there were no races for me to panic or sulk about.

We stayed together the entire time I was in college, even after Phil graduated. At the time I don’t think I realized how lucky we were to have met in college, but now I do because it has allowed us to spend so much time together. 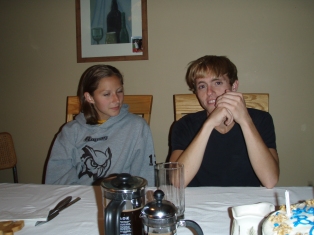 Every couple has their disagreements from time to time, but in college most of our disagreements were a result of me being miserable after a race. Despite this we both knew our relationship was serious so we got engaged right before I graduated. Then, we got married the following summer.

When we got married we lived in a really nice apartment and became cat owners. That apartment had 3 chronic flaws. 1: It was above a dance studio so we constantly heard tapping 2: we had to park in a municipal lot across a busy road 3: I hated running there so we ended up moving within a year. We moved to a house within running distance to 3 tracks and a bunch of trails.

When we first moved into our house it looked really empty, but over the (almost) 6 years we lived there it became a home. The cats had their very own cat door going into the basement, I had my own office, Phil had 2 giant TVs, and we remodeled our bathroom and painted it lavender. We loved walking around town at night, I loved reprimanding the post office and the mail carriers, we loved all of the quaint small town festivities, and we really really loved the local pizza place. While we lived there Phil and I both finished our graduate programs, we both saw growth in our careers, I started coaching, Phil started adjunct teaching, I won the title of fastest woman in town each 4th of July, we started taking vacations to Colorado (foreshadowing?????), I went back to school again, I stopped working full time to focus on school and changing careers, and Phil got offered a job in Colorado ending our time in that house. 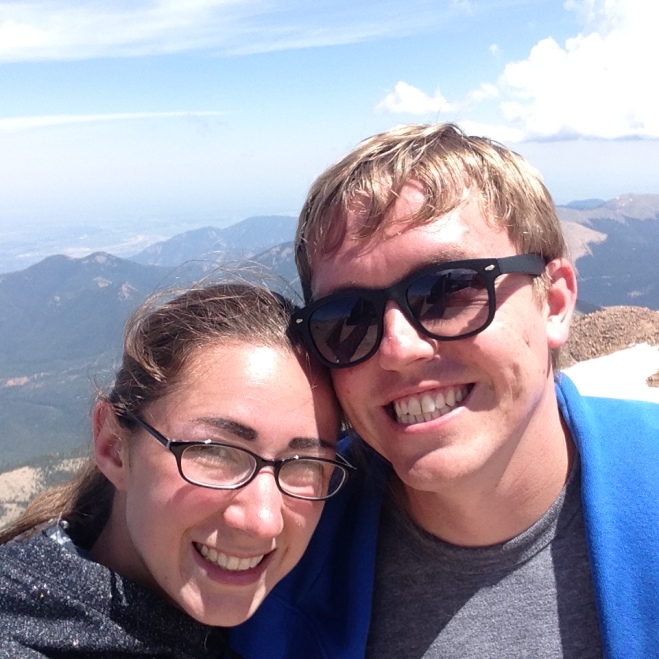 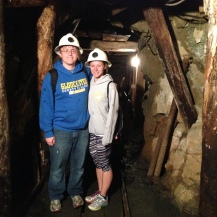 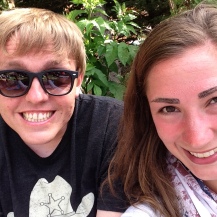 These are pictures from trips we took to Colorado!

And this is us in January after we arrived at our new home in Colorado!

In the 11 years we’ve known each other I think Phil being in Colorado while I am in New Jersey has been the most challenging part of our relationship, but it is only for 2 more weeks and then this will become another part of our story.

3 thoughts on “A love story”