-May was an off month for running. I ran Ragnar Zion and then only ran a little bit after that. I had low iron for the majority of May, I had a few migraines, and I had a separate issue with the mono virus resurfacing in my body. I see no point in training like a maniac when I am not feeling well. I’ve done that in the past and I am still paying the price over a decade later. It isn’t worth it.

-I may not have ran much in May, but I did get some new running shoes! I love both pairs. The Altra Escalantes make me feel like I am running on a cloud and the superiors are like mountain slippers. This is the most comprehensive shoe review I’ll ever write!

-We had a surprise visitor named Pumpkin Pie show up to during the month of May. I named him Pumpkin Pie because he arrived while I was baking a pumpkin pie. I also viewed him as sign that good things were going to start happening and he actually did bring me good luck! 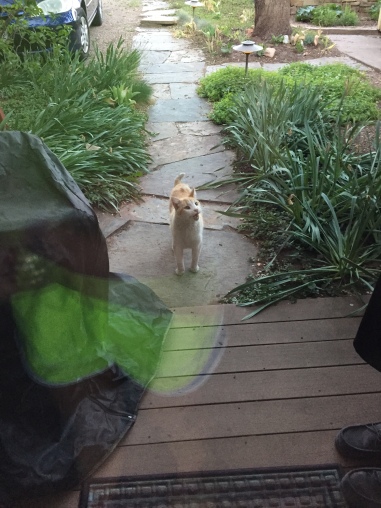 -My cats got new bowls and they slept a lot 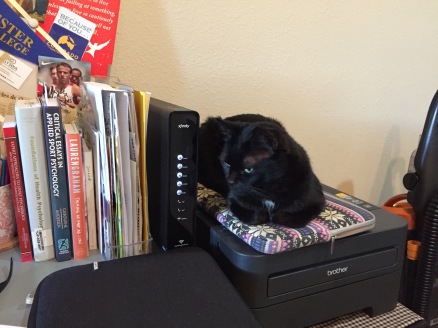 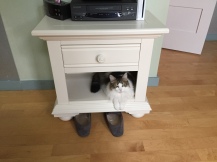 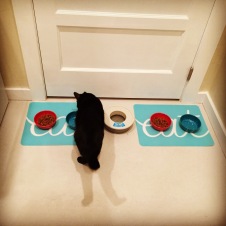 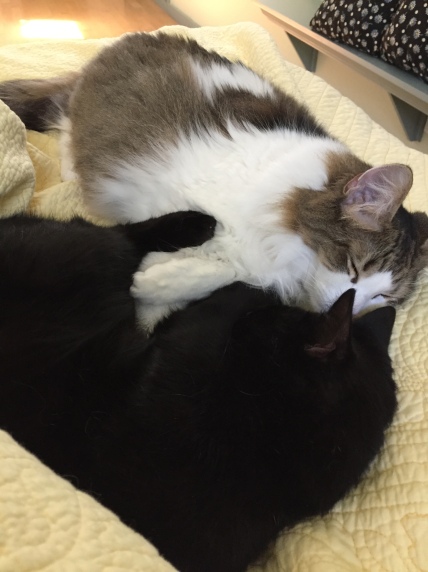 -I also made them a box house out of amazon boxes

-In May I was the queen of coffee when Sparkly Soul sent me a tiara headband! 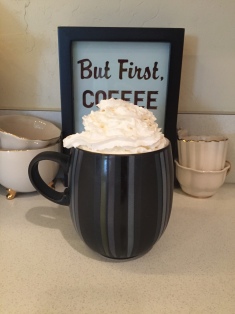 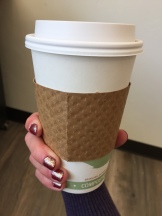 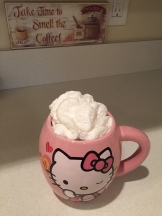 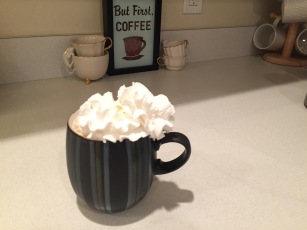 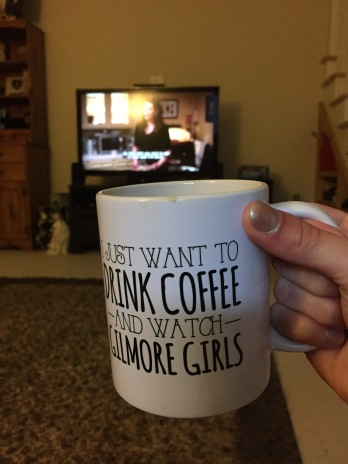 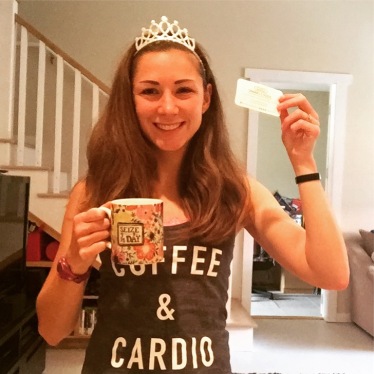 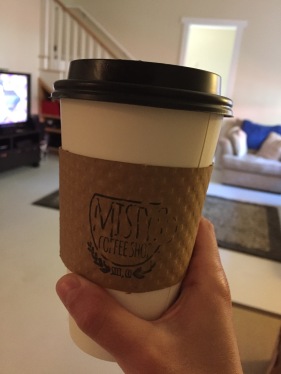 -I made buffalo fries inspired by Boston’s lying pizza place

-I mailed a riddle to the Sneakers & Spokes group run

-I bought a really nice red sweater for Christmas at the local JC Penny for $5.54 when they went out of business

-I got to drive 80pmh hour in Utah

-I also got my very first ticket, though I am still not convinced I deserved the ticket…and no it wasn’t from driving 80mph in Utah!

– I ran a twitter poll and declared that jean jackets were still in style!

-There was that whole miserable experience where I couldn’t find a job, but I am over that now.