-I don’t remember most of the runs I did in June and I am actually shocked that I ran at all. My own running hasn’t been a priority lately even though I have obviously been running. I spent most of June starting my coaching business and starting a running club in my town. Both have been going extremely well! I guess you could say that June was the month I spent focusing on everyone else’s running rather than my own and I am satisfied with that. I’d rather be a great coach and leader in my sport than a great athlete. I get much more satisfaction from seeing and helping other runners succeed than I do from my own success in running. 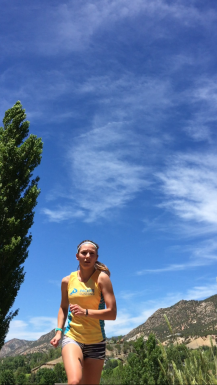 -Lots of cat naps this month, even for me. 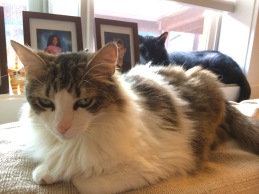 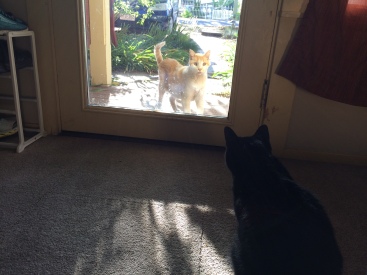 -One of our friends put this cat statue in our driveway as a joke, but the joke was on him because I like it and I’m keeping it!

-Junior pretended to be a mountain lion!

-I am still obsessed with whipped cream in my coffee

Other things
-In addition to starting a business, a running club, and an internship I started working full time. I went from having nothing to do to having so much to do overnight.
-I took my last final for grad school and I only have 2 internships and finishing my thesis left
-I started collecting data for my thesis
-I wore a patriotic outfit for flag day
-Twitter did a stupid mobile update and I HATE it!
-Phil bought me Kaboom, my favorite cleaning product! I am very excited about this!
-I looked at so many mountains that I lost count!