This summer while we were on vacation in Europe, more specifically London, I was completely inspired by an exhibit in the Natural History Museum. The exhibit was about the earth and its history, but it was also about change. This exhibit hit me hard, like someone was throwing the rocks from the display directly at my head. I struggle with change sometimes.

Nothing is certain except change…….we may never be able to predict the future with certainty….

I was lost in thought, reflecting. Everything flashed before me very quickly. So much has happened to bring me there [to a museum in London]. Never in my wildest dreams, with any certainty, could I have predicted this “future” for myself, but because of my past I was able to understand the present moment.

The thoughts swarmed around me in a backwards motion, life events flashing before me in an organized yet chaotic way. I was standing in that museum because it was in close proximity to where we were staying in London, I was in London because Phil took me on our first international trip as a way to celebrate my life long goal of earning a masters degree in sport psychology, I went to graduate school for sport psychology because I was injured in a car accident in high school, this was significant because I chose to run cross country and met a woman in this field at a running camp during that time, I started running because I wanted to be an athlete but had a visual impairment that made other sports challenging, I started coaching because my college coach offered me a job that inspired me to go back to school and earn this degree that I had given up on, I met Phil in college, we met at our community college and going to community college wasn’t exactly the plan I had, I ended up working at the college several years after graduating which helped make the coaching job a reality, that coaching job gave me purpose and motivated me to follow my dreams, I went back to school and wrote a thesis on the underrepresentation of women in coaching, this inspired me to start my own business when I moved to Colorado, I moved to Colorado because Phil was offered a job here, Phil was offered a job in Colorado because we had fallen in love with the mountains after taking a vacation in 2014, we went on vacation to Colorado because we had to use a flight credit we had from a trip I planned to Oregon to run at club xc nationals in 2013, this was a trip I planned and then canceled, I had to cancel my trip because my family suffered a great loss and family is more important than running…..but running has given me everything I have in my life including the ability to process change at a terrifying speed. 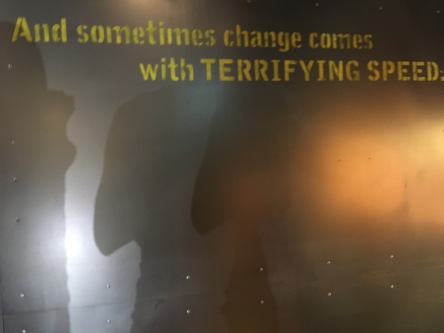 Did you know that I passively collect coins (change)? I don’t go to coin shops or seek out rare coins, but I always keep an eye out for them. I look at all of my change before I spend it, never spending anything that is rare or made of silver. Did you know that quarters dated 1964 or earlier are made primarily of silver? You can drop them on a counter and hear a distinct difference. I know this because my grandfather taught me to look out for silver quarters. I do not spend silver quarters, some change is worth holding on to. So, I keep silver quarters in a box. I have a lot of silver change. This change is unique, it is always a surprise when I find it, and it is valuable. My silver coins remind me that change is good, they help me find a silver lining when change seems scary….. 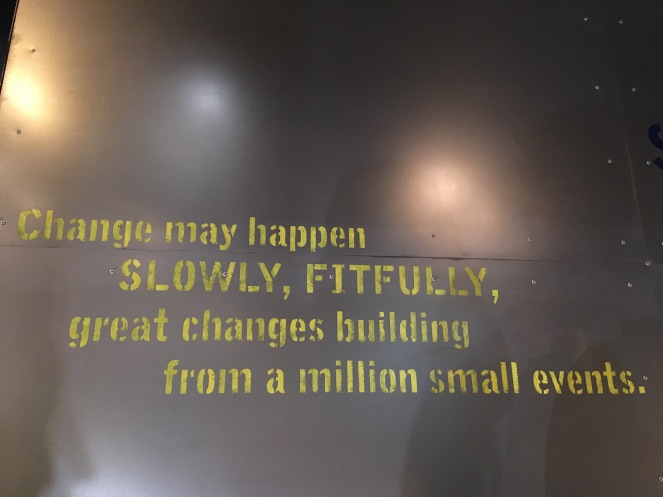 And then, my mind stopped racing and I proceeded to walk through the museum recognizing the magnitude of being in Europe. This trip signified a million small events in my life thus far, and also served as a small stepping stone leading me toward an unpredictable future full of change.

I do not know the certainty of my future, but it is going to be silver.

One thought on “Change”